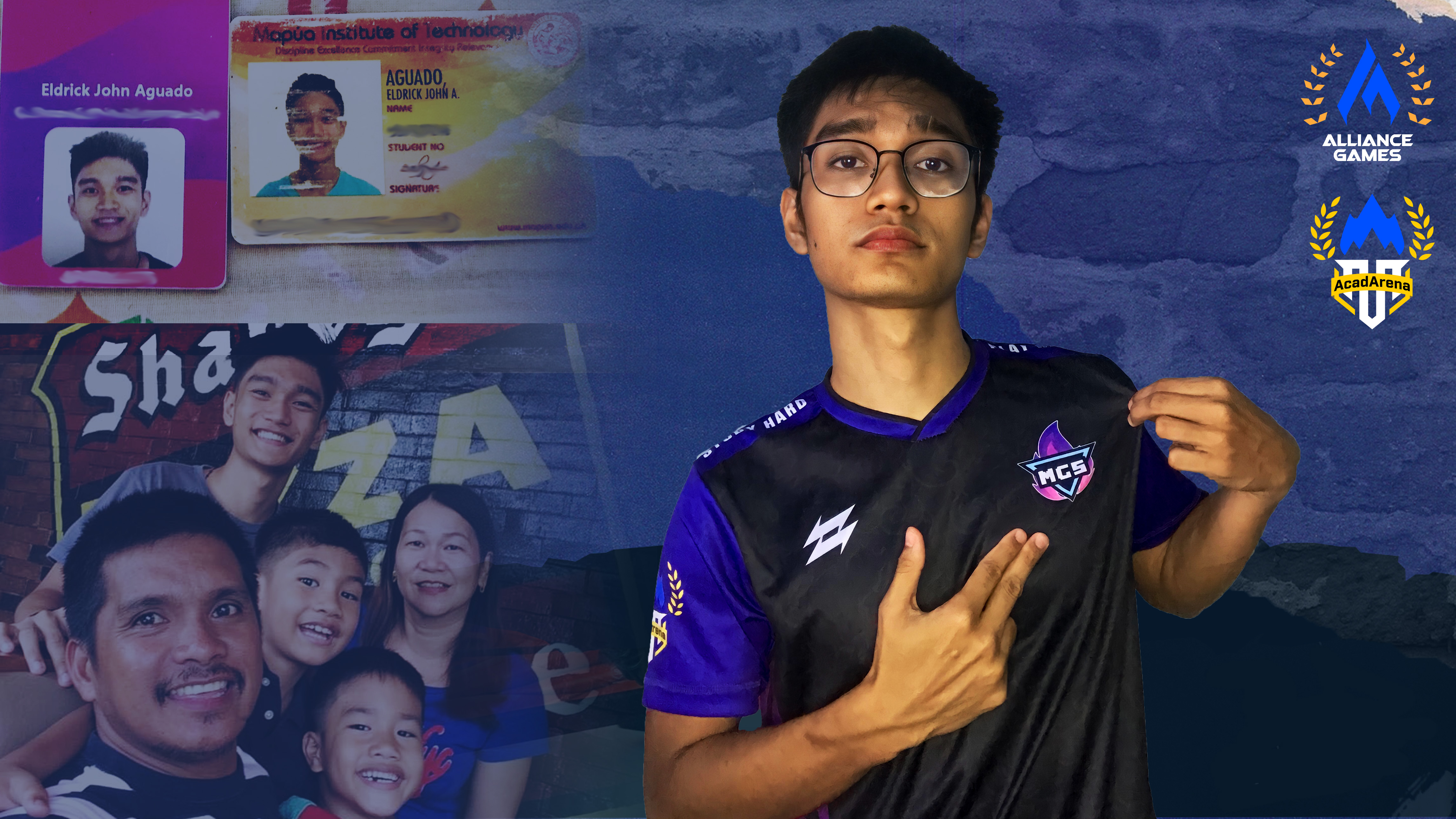 In the warm hours of a mid-October afternoon in Manila, Eldrick “Conan” John Aguado, a 24-year-old working-student from Mapúa University, starts his day at 1:00PM.

After his own time for breakfast, Conan usually spends the rest of his afternoon playing Call of Duty: Mobile and working on school requirements.

Conan is a 5th-year computer engineering student. In order to graduate, he and his thesis mate need to accomplish their paper about ‘quail egg detection and classification’ using network architecture and computer softwares.

With a list of things he needed to do one by one, Conan began with finalizing his thesis paper and ended with recording himself for a presentation – requirements that were all due the next day.

At exactly 8:00 PM, he started his scrims with one of his esports teams. Conan has scheduled scrims set everyday of the week, weekends for his university’s gaming organization, the Mapúa Gaming Society (MGS Ares) and weekdays for his other team, EXT Vanquishers.

When the clock striked at 10:00PM, Conan began his work as a pharmacy help desk representative for one of the biggest BPO companies in the Philippines.

Conan applied for a work-from-home job last September 2022 in order to meet the demands of his thesis’ financial spendings and for extra allowance for things outside of school.

Considering his course and required materials, professionals, and other needs; the expenditures for thesis requirements would need lots of finances.

After an eight-hour shift until 6:00 AM, he only had two hours to prepare until his face-to-face classes.

They needed to prepare for their defense in the afternoon, a period where students feel the most pressure as the haunting hours of panelists’ remarks await them.

He made it on time and even had some breakfast. But hurdles started coming their way as they found out they were missing some print-outs for their panelists.

In peak COD:M fashion, Conan stormed his way out of campus to print copies for their panelists, rushing to reach the clock as the minutes ticked before their defense at 1:00PM.

Fortunately, they were able to ‘defuse the bomb’ and successfully passed all their requirements.

Until it was time.

The thesis defense lasted until around 3:00PM. To Conan’s relief, their thesis needed minor revisions. But all-in-all, it was marked as approved by their panelists.

To celebrate, Conan took a 30-minute nap and ate with his thesis-mate after. However, that was not the end of the day for him.

Living in Navotas City, it takes about an hour or two for Conan to arrive home amidst the hassles of commuting in the metro.

He arrived home and went straight to bed to feel the consolation that came as he slept.

The past 24 hours has been very tiring for Conan which made him miss his first hour of scrims at 8:00PM as he overslept and woke up an hour after. He was still able to join his team in their practices.

Even after playing, he, again, needed to gear up for his night-shift job until 6:00 AM.

This is one of the hardest encounters that Conan has gone through as a working-student and as a student-gamer.

He even said that what kept him awake with only three hours of sleep at that time was the enjoyment he got from playing COD:M with his teammates.

His decision to apply for a job was fueled by the needs of his thesis paper and output without asking more from his parents as providers of his tuition.

(My dad is the only one working and he is a truck driver in the US so he cannot immediately send us money because of his busy schedule.)

(If I have extra money, I bring home food to my mother and siblings, usually donuts and other sweets.)

According to him, his father has not come home to the Philippines since the pandemic started. They will not be expecting him to come home anytime soon either as he is currently processing his family’s papers to migrate to the US.

As for Conan, he stopped studying for one year as this was the time he went to his dad to become a green card holder.

Conan is currently the team captain of EXT Vanquishers and also an ex-captain of MGS Ares’ COD:M team. Apart from his contributions as an Alliance Games player, he was also the first to suggest establishing a COD:M team making him his organization’s first official member.

When asked about where his parents stand with regards to his grind as an esports player, Conan said that his mom is very supportive.

(My mom told me to make sure that my work won’t serve as a hindrance to my thesis. She gave me advices like ‘get enough sleep, drink vitamins, eat well.’)

As for plans after college, he plans on working in order to earn for his tuition as he wishes to pursue a master’s degree in the future.

“Pinaka-plano ko po talaga is maging pro-player at engineer at the same time,” he gleefully said.

(My biggest future plan is to become a pro-player and engineer at the same time.)

For him, what he sees as his biggest struggle in the future is having to leave his gaming career in the Philippines after college to be with his family abroad.

(Part of my struggles when I get back to the states is no longer being  able to play on the Garena server since they use the global server.)

As of now, what he is mentally preparing for is any chances that what had happened to him in his two days of thesis defense, work, and scrimms might happen again anytime soon.

Even while sharing his tiring adventures and future plans, Conan never failed to end his sentences with an assurance that he was able to make it.

There was an abundance of ‘Okay pa naman’ and ‘Nakayanan ko naman’ throughout his storytelling with a smile and eager drive to graduate as a student esports athlete next year.

Got life-changing stories to tell as an Alliance Games student athlete? Click Here.