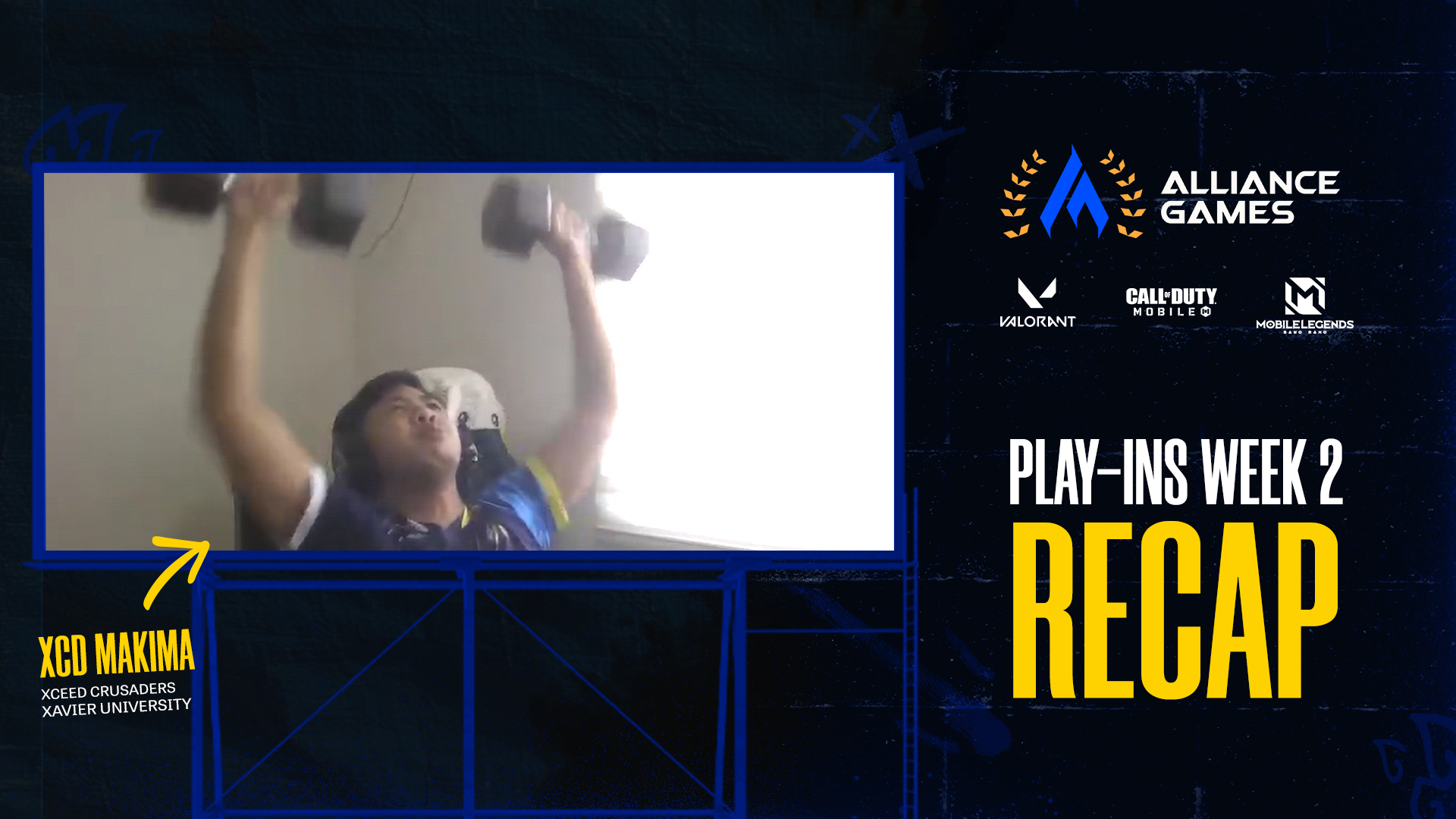 More teams were sent to the loser’s bracket during both days of the Alliance Games Split 2: Week 2 as spots for group stage were filled out by rosters advancing.

Cheers and “sheesh'' chants took over the livestream’s comment section but one particularly unbelievable moment marked an unforgettable win for Xavier University’s “XCEED Crusaders” who suffered a 3-9 score during the first half of their game against Far Eastern University’s “Tams FX Emerald”.

The 9-3 curse’s effect may have been almost broken during the last round determining whether or not the game will lead to an overtime but XCEED Crusaders were quick to end the game into a shocking comeback of 13-11.

XCD Makina, who locked in as Omen, carried and won this game’s MVP title with 25 kills, 16 deaths, and 6 assists as he celebrated through an empowered weight-lifting twerking moment during the post-match’s behind the scenes cameo.

XCEED Crusader’s road to the group stage is now secured as they have also won their second match against Our Lady of Fatima’s “OLFU Esports Empe”.

Meanwhile, teams sent to the loser’s bracket are now preparing themselves for ALLG’s week 3 eliminations as the group stage is nearing.

The rest of the teams advancing to group stage are as follows:

Day two was as intriguing as the first one as Mobile Legends:Bang Bang players took on week two with more meta gameplays.

MLBB’s MVP title went to Fraju of the Technological University of the Philippines Visayas’ “Archons” as he carried his team using Paquito three games in a row against Ateneo de Davao University’s “Blue Knights” to a 2-1 score.

Although his gameplays gave him the spotlight, Archons were given an unfortunate fate after losing to Gardner College Cainta’s “GC Gaming Kings” in the loser’s bracket.

The MLBB teams advancing to group stage are as follows:

Far Eastern University’s “Tams FX” surely made an impression as Edsel made his mark as the CODM MVP after garnering a total of 84 Kills: 38 Kills on Hardpoint, six on Search and Destroy, and 40 on Control, against USC Spartan Warriors (3-0).

Tams FX is yet to fight over a spot for the group stage against Bravehearts for week three of play-ins.

The CODM teams advancing to group stage are as follows: